Aircraft mechanic Billy finds himself in close contact with a mysterious creature while repairing a war plane. Curious and skeptical of its intentions, Billy approaches and befriends a Mowgai unaware of the rules that must be followed. These mischievous, clever, and certainly dangerous creatures might just be the real enemies of the war.

A series of design pieces for the film Gremlins but with a 1940s twist inspired by the folkloric origin of the term "Gremlins". First popularized in an article in 1942 during WWII, specifically the Battle of Britain, Gremlins were believed to be the reason behind suspicious malfunctions on air crafts. With this historical inspiration a theatrical movie poster was designed. 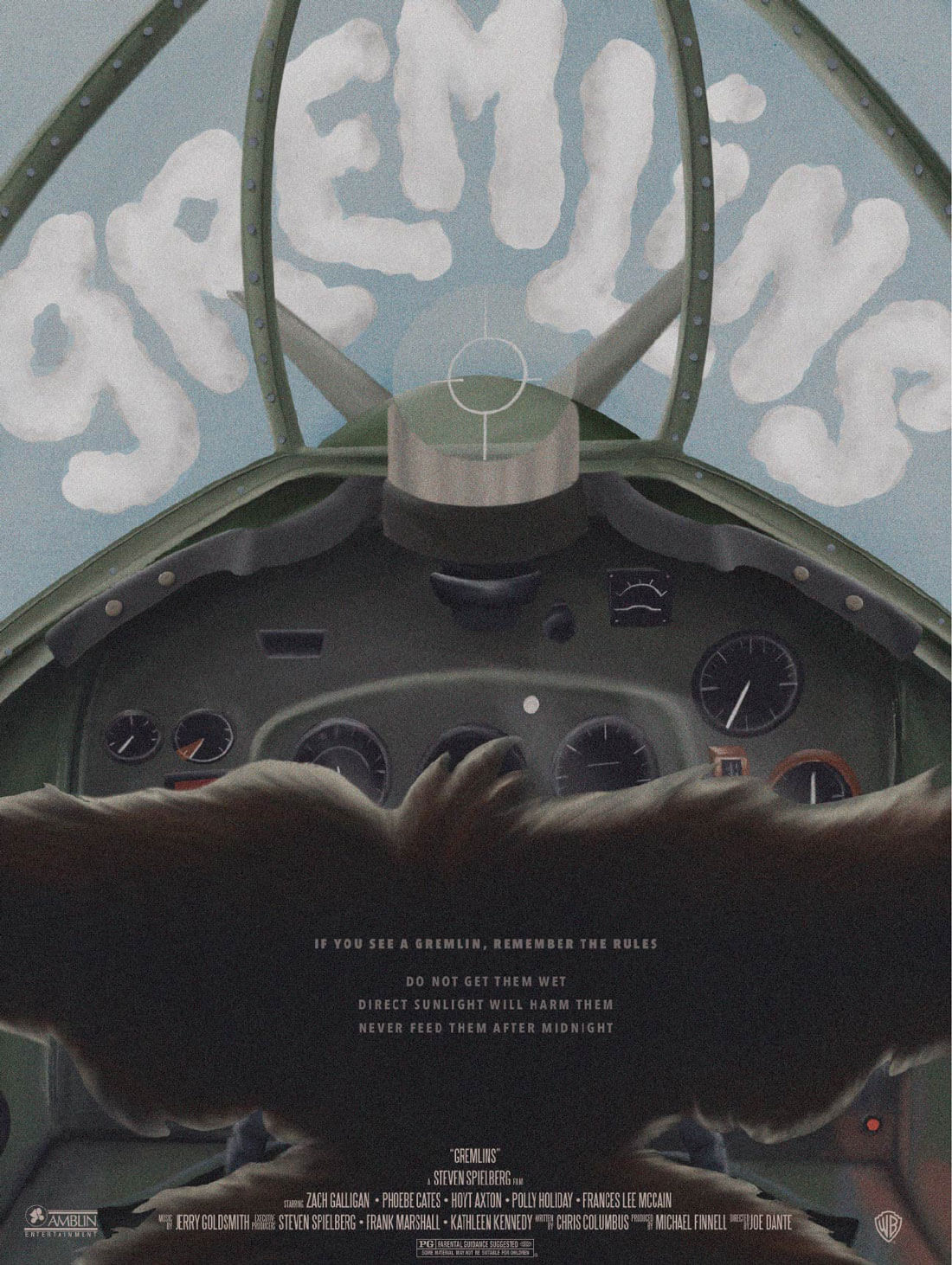